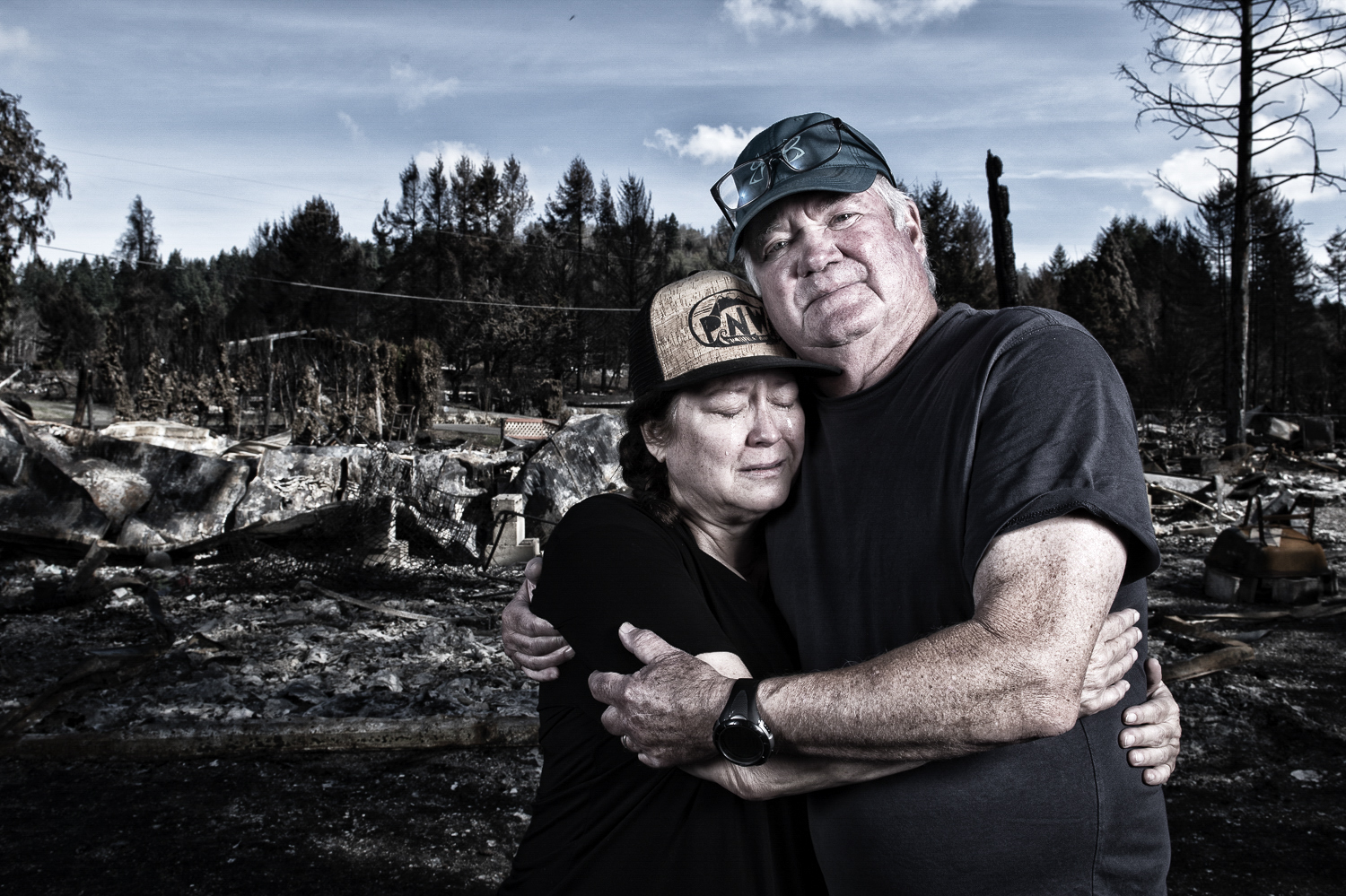 A year-long documentary I photographed, called “The Aftermath Project,” chronicled individuals and communities affected by the devastating Oregon Labor Day fires of 2020.

Receiving critical acclaim when the project was completed, the work continues to have a positive effect on charitable efforts to help rebuild affected communities and lives.  Catholic Charities of Oregon is a heartwarming example.  CCO is a non-profit organization providing ongoing support to families across Oregon, most of whom lost everything in one of six mega fires that spread across the western part of the state during the Labor Day weekend of 2020.

Almost two years after the fires, some residents of fire-ravaged communities near Medford and Ashland still do not have permanent housing.  Many no longer qualify for FEMA assistance, and in some cases have undefined immigration status-  with critical paperwork like birth certificates lost in homes destroyed by the blaze.  They remain on CCO’s case management register, and continue to receive support.    For good reason, Portland Business Journal placed CCO on its 2021 list of most admired companies in the state.   It was an honor to contribute images from the Aftermath Project to CCO’s effort.

If you were affected by this terrible event or know someone who was, consider getting in touch with Catholic Charities of Oregon: 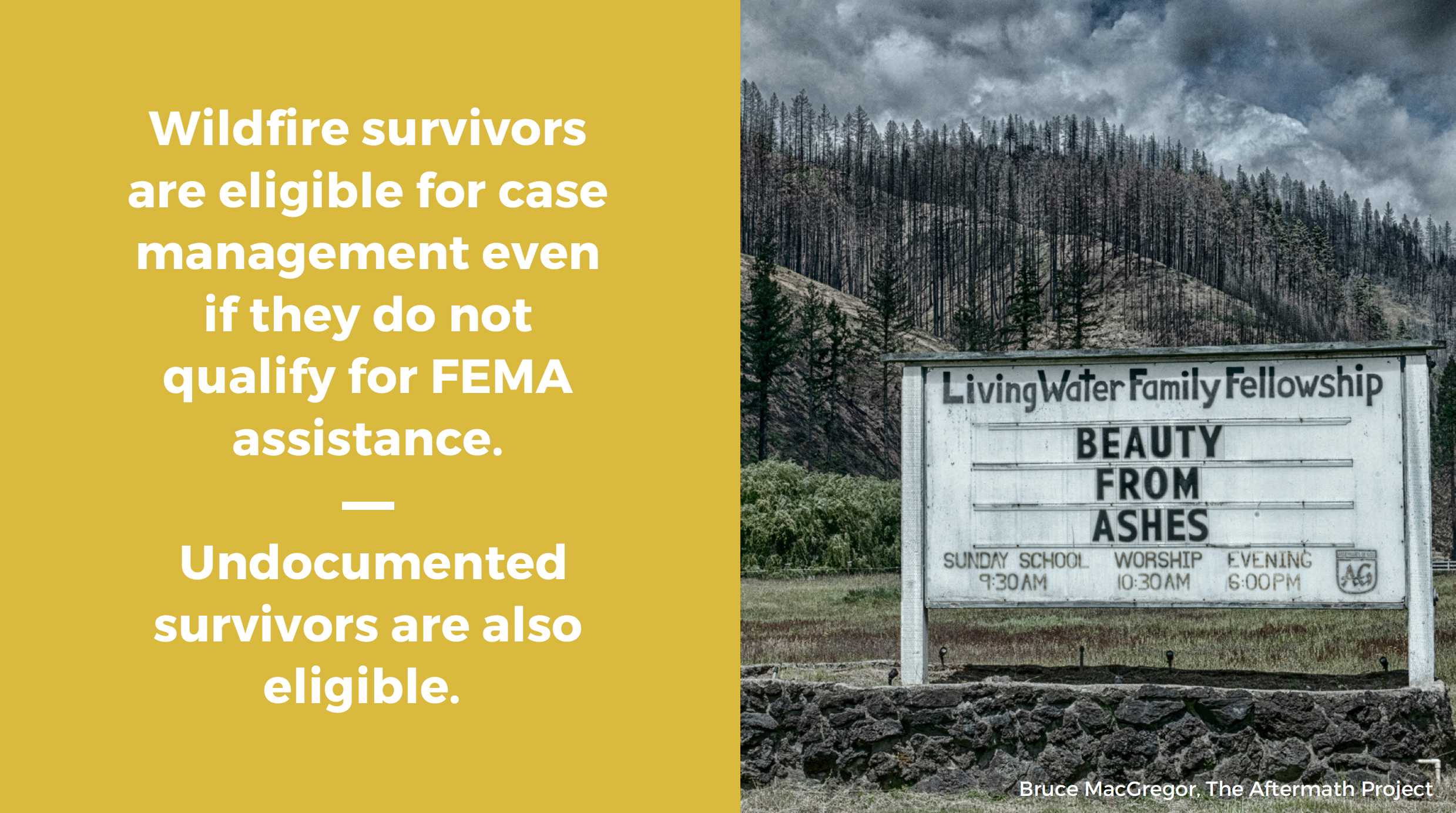 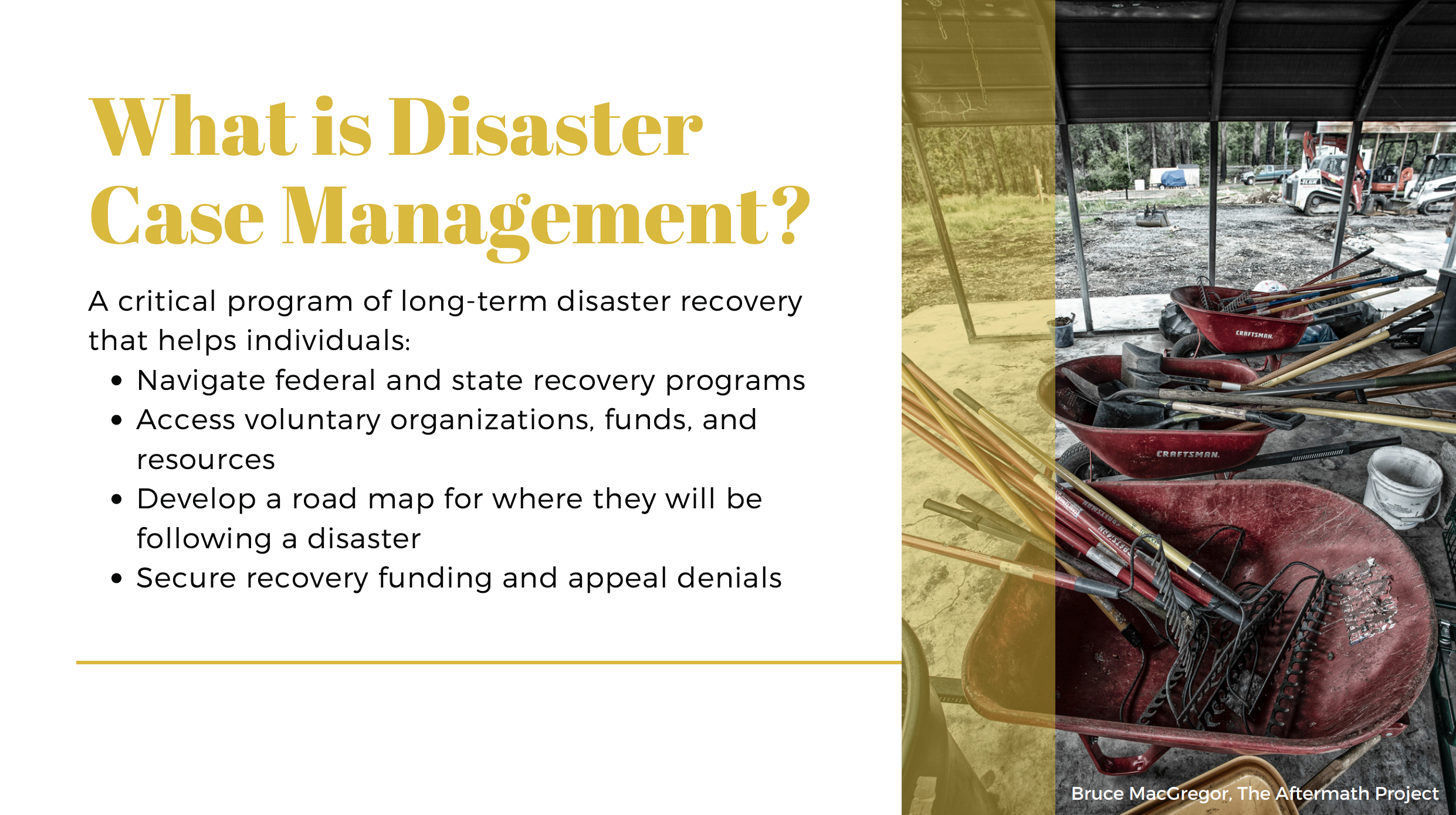 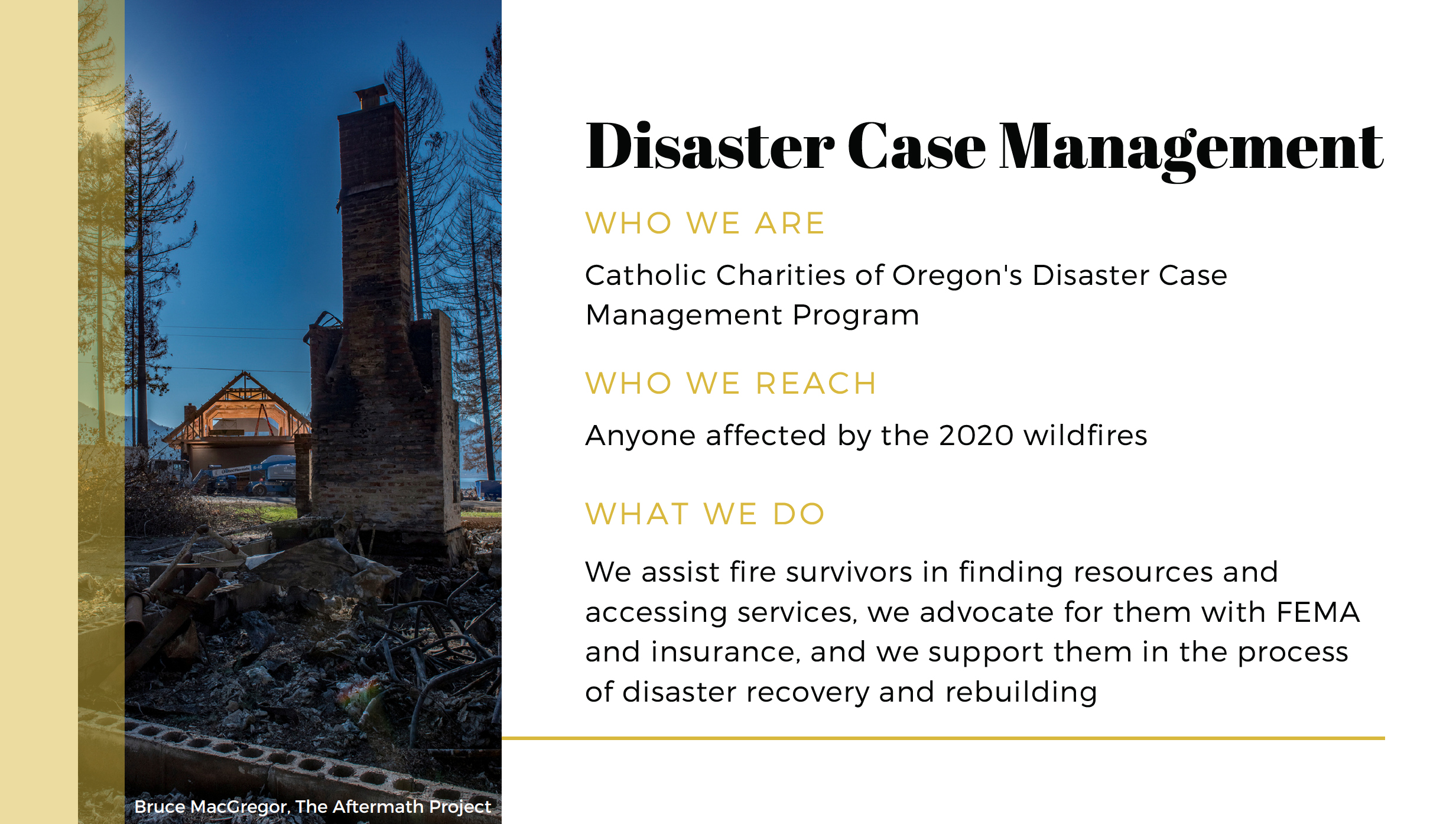 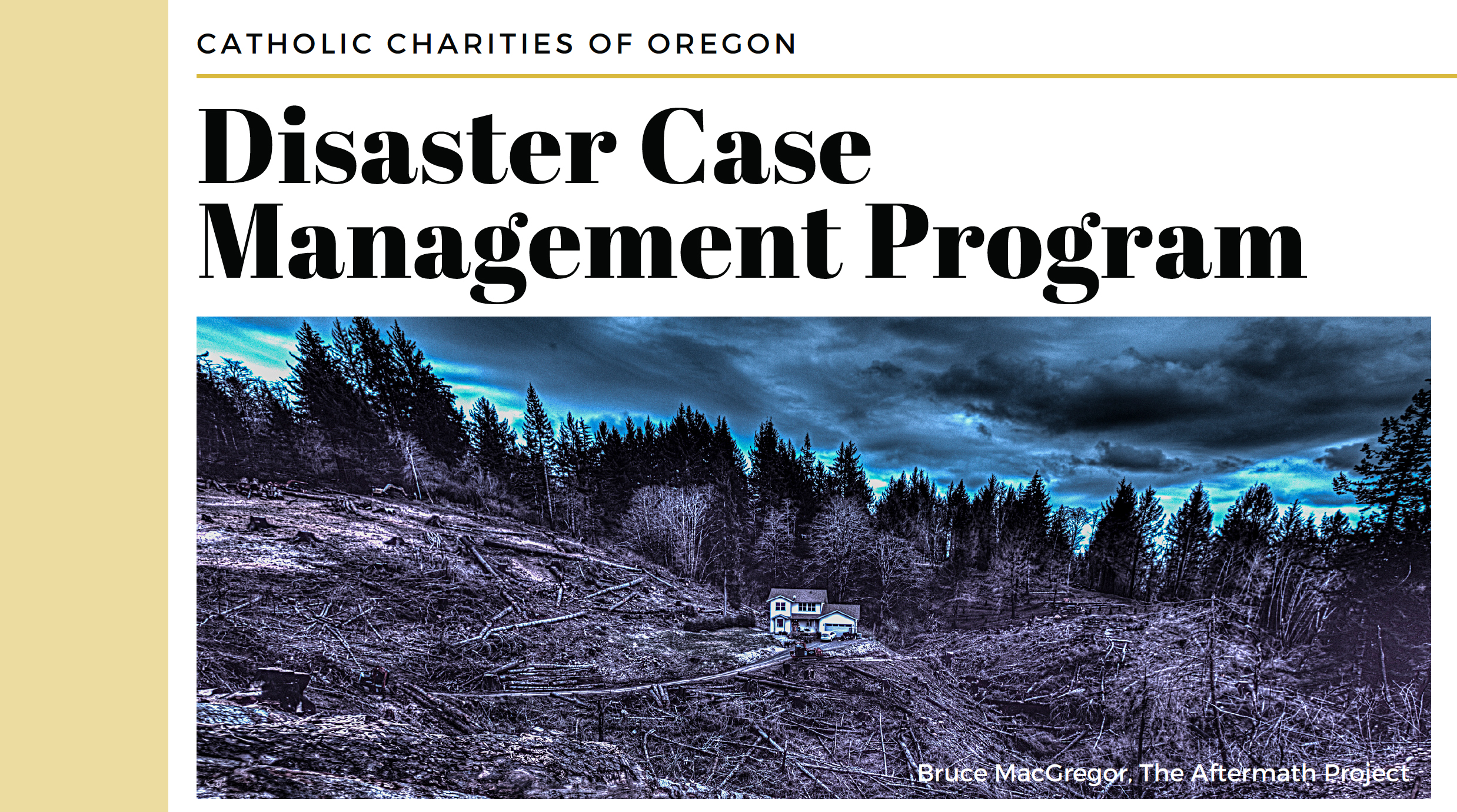 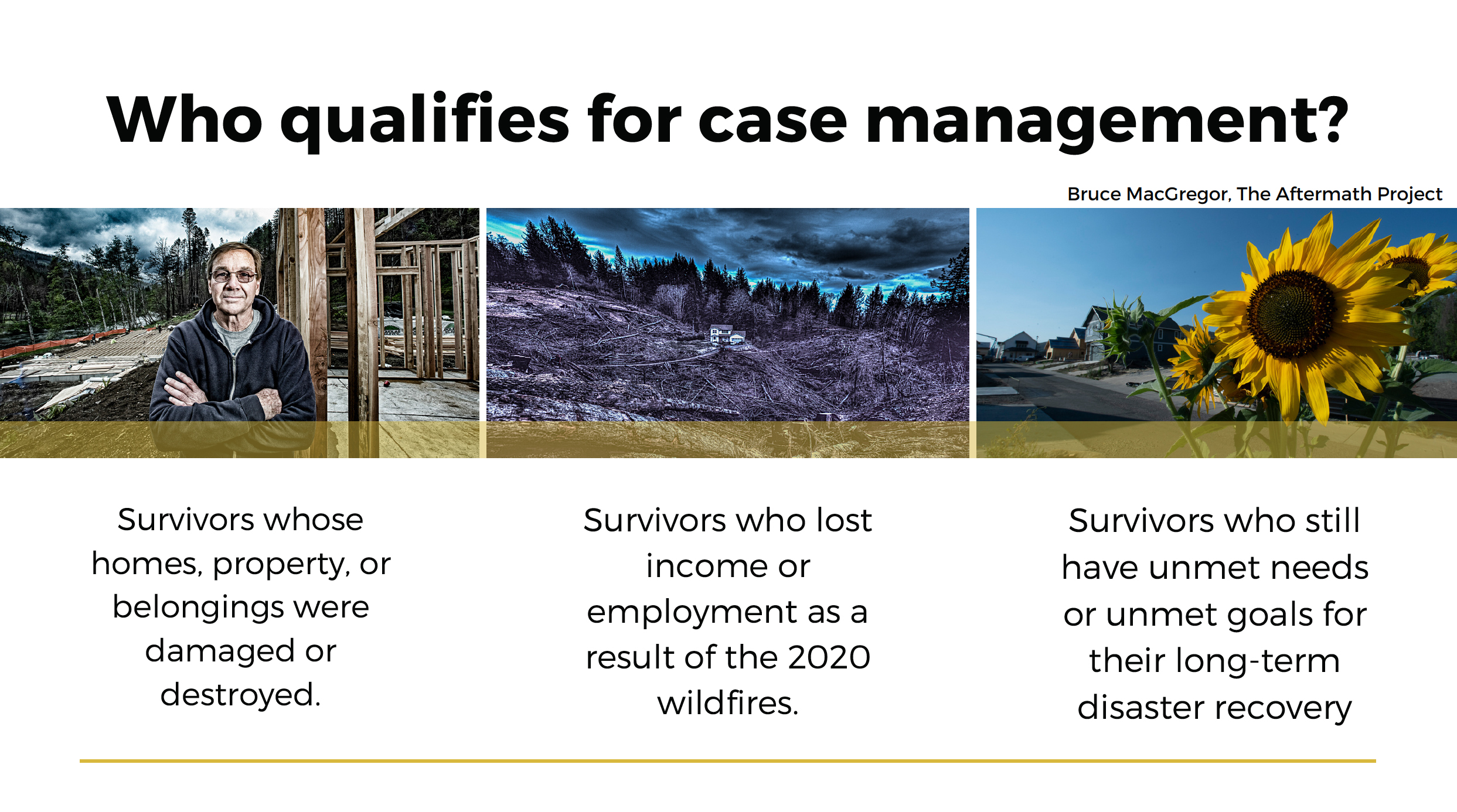