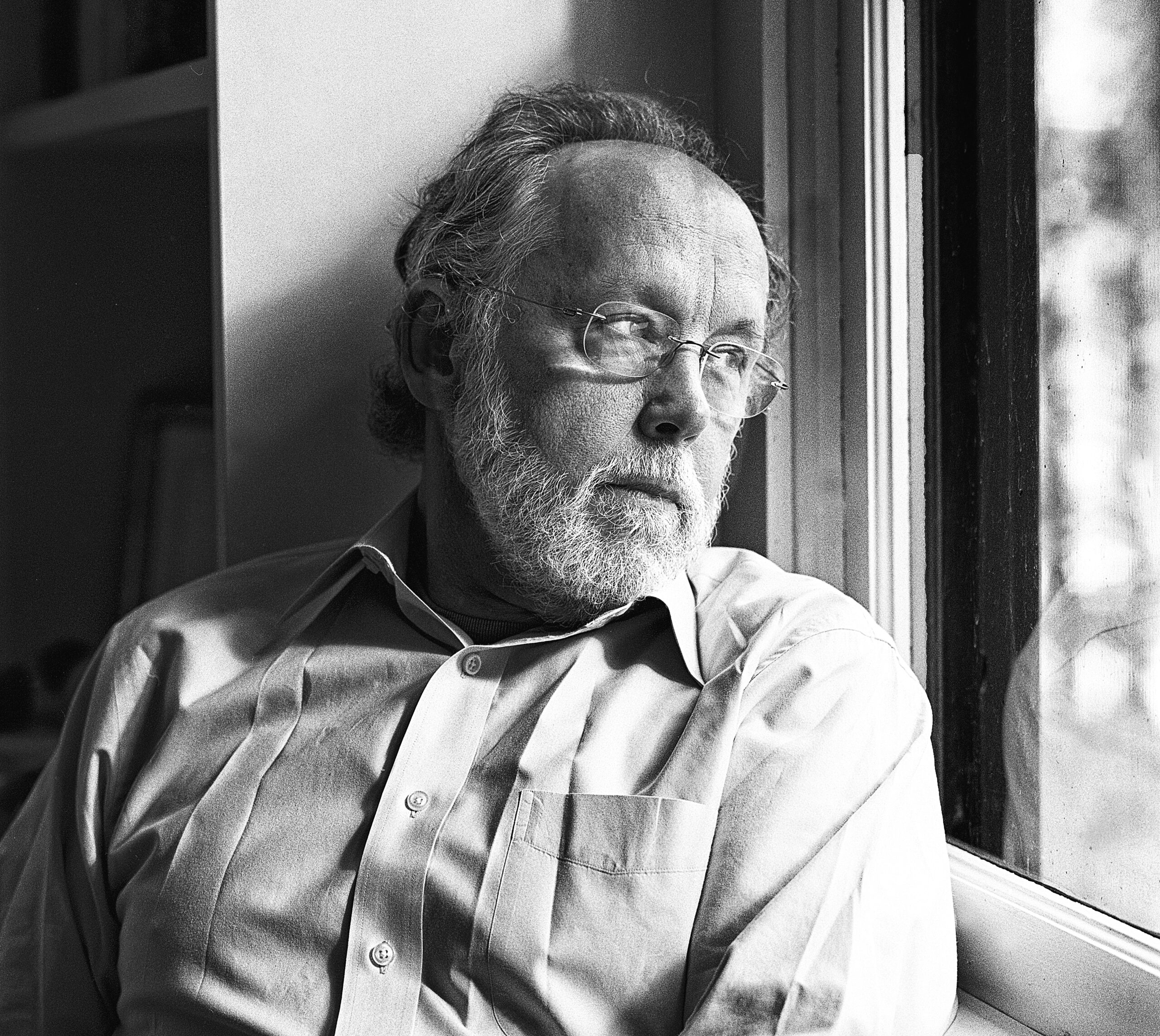 A morning with Barry Lopez.

In the Spring of 2013, I was privileged to spend a morning photographing Barry Lopez at his home on the McKenzie River in Oregon.   Winner of the National Book Award for Arctic Dreams (1986), Barry Lopez had achieved world-wide acclaim as a powerful voice in environmental awareness.   As one critic summarized ” He surveys the beauty of the world and at the same time, the cruelty and violence that we humans inflict on the Earth and on one another, and he does it with deep compassion.”   Another said simply “Arctic Dreams is a travel log about the polar region in the same sense Moby Dick is a novel about whales”.

I photographed Barry in his home at a location on the river called Finn Rock.  It was among the last film portrait sessions I would ever shoot, a small homage to both a writer, and a medium, I deeply appreciated.   The home was not grand or pretentious, but it connected Barry to a place- and in particular to a river- that was a microcosm of all the world’s endangered places, many of which Barry had spent years exploring.  His deep affection for the McKenzie was captured in a paragraph from his posthumously published essays, Embrace Fearlessly the Burning World (Random House, 2022):

As I showed continuing interest in the McKenzie over the years, the river opened up for me.  I began to feel toward it as I would a person.  I learned that it had emotions and moods as subtle as any animal’s.  I learned that, in some strange way, the river had become a part of me.  When I was away traveling I missed it, the way you miss a close friend.

The day I visited the house, the view of the McKenzie stretched east and west through pristine forests, parted by the marbled white water of a spring surge rushing down the McKenzie.  Just seven years later, in the horrific Labor Day fires of 2020, the Holiday Farm Fire swept through the same landscape, destroying forests, homes and habitat like a blow torch.   Somehow, Barry’s home was spared, but the surrounding canyon (which I photographed for the Aftermath Project in the Spring of 2021, below) had been incinerated for miles east and west of Finn Rock.

Barry Lopez died of cancer just four months after the fire destroyed the landscape he loved.  His particular genius for visualizing the earth as an extension of his backyard (or the reverse- feeling the emotional attachment of home in the furthest reach of the planet’s wild places) created an ironic context for his last book of essays.   He would embrace the view from his home as he left it and as it left him.

I would remember that morning at Finn Rock.   I remember Barry’s patience with my tripod and hand-held light meter.   I remember his eyes leaving the frame and going to the canopy above and the river below. 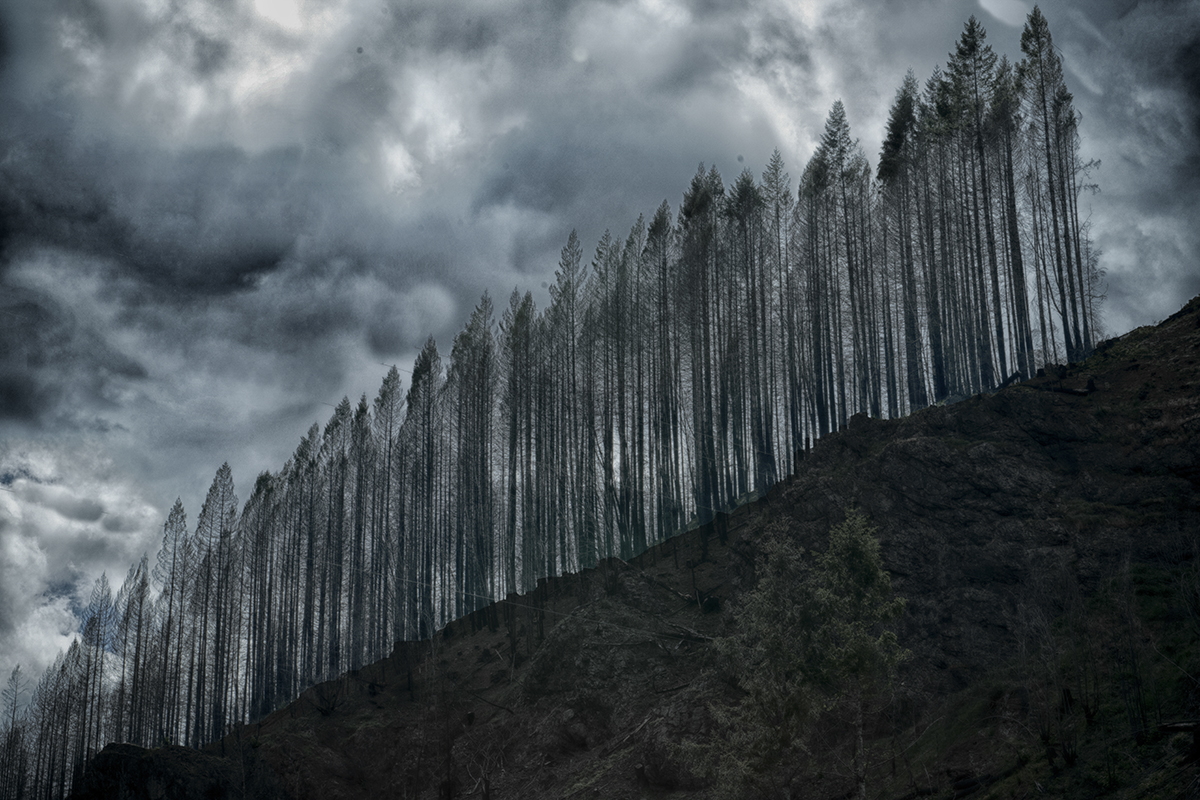 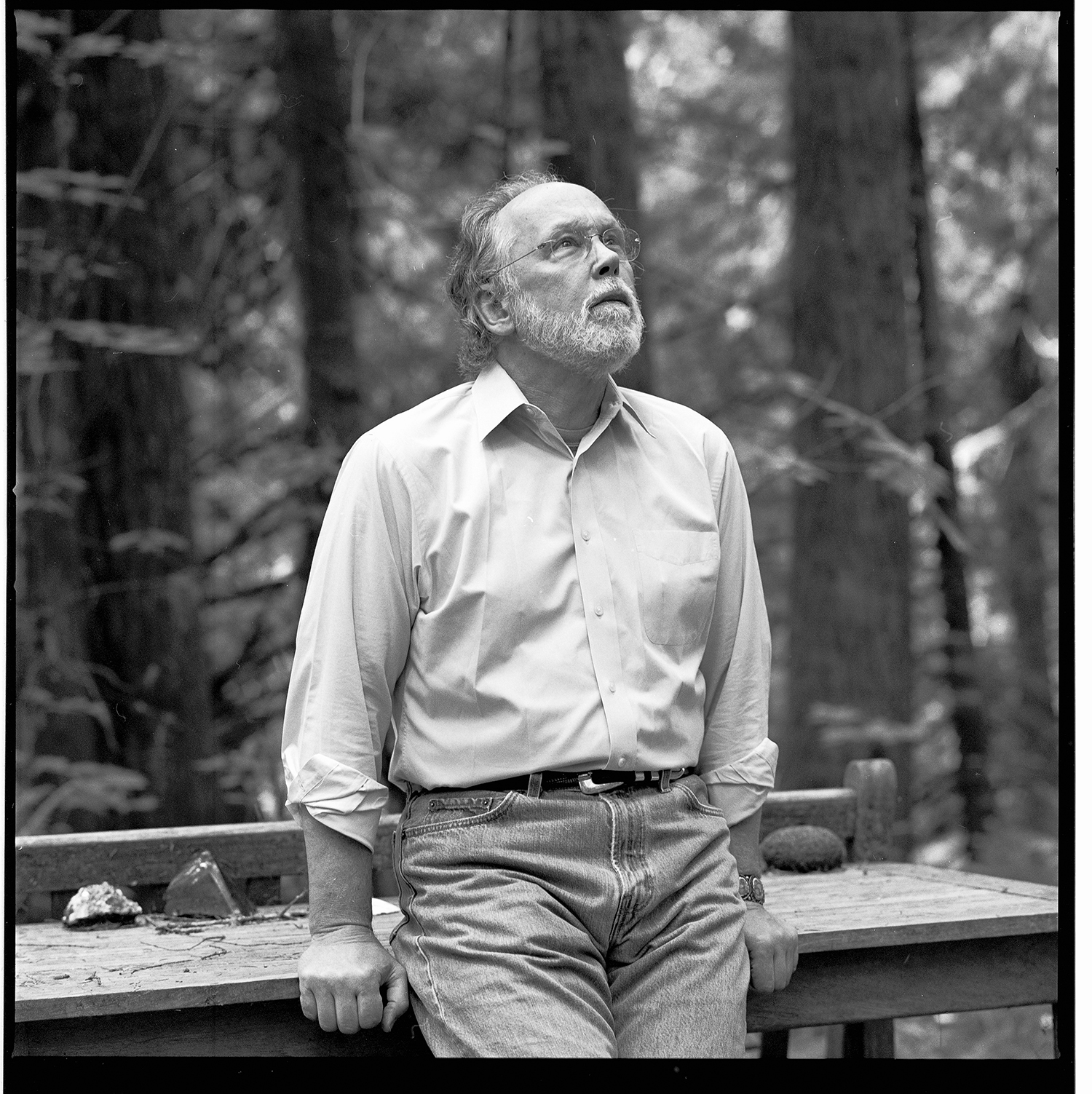 The Gathering of the Clans. Part I

Your Headshot is Your Avatar

Aftermath of the Aftermath Project